Steamy Saucy Sardines: The Shimmering Creatures of the Sea

Shimmering its Scales on the Catwalk this week is the very Steamy Saucy Sardine.

Sardines are a pint sized fish that grow no bigger than 25cm. That doesn't stop them from playing a goliath role in marine ecosystems around the world from Peru to Philippines.

They are a sight to be seen in the Ocean. A School of shimmering Prince like elegant and magical creatures that as they perform the famous "Sardine Run" which is absolutely mesmerising.

Charlie Chapman wanted to cavort and spawn like a Sardine every morning rather than to be stuck in the ground like a carrot. We will delight you at the end - with this tail - as we put the saucy sardine to bed.

The Silver Sardine the Jewel of the Ocean and Land

They are the basis of food chains that feed the Giants of the Sea like Whales, Seals and Sharks. They provide food to communities on land and that is a healthy and affordable source of protein. 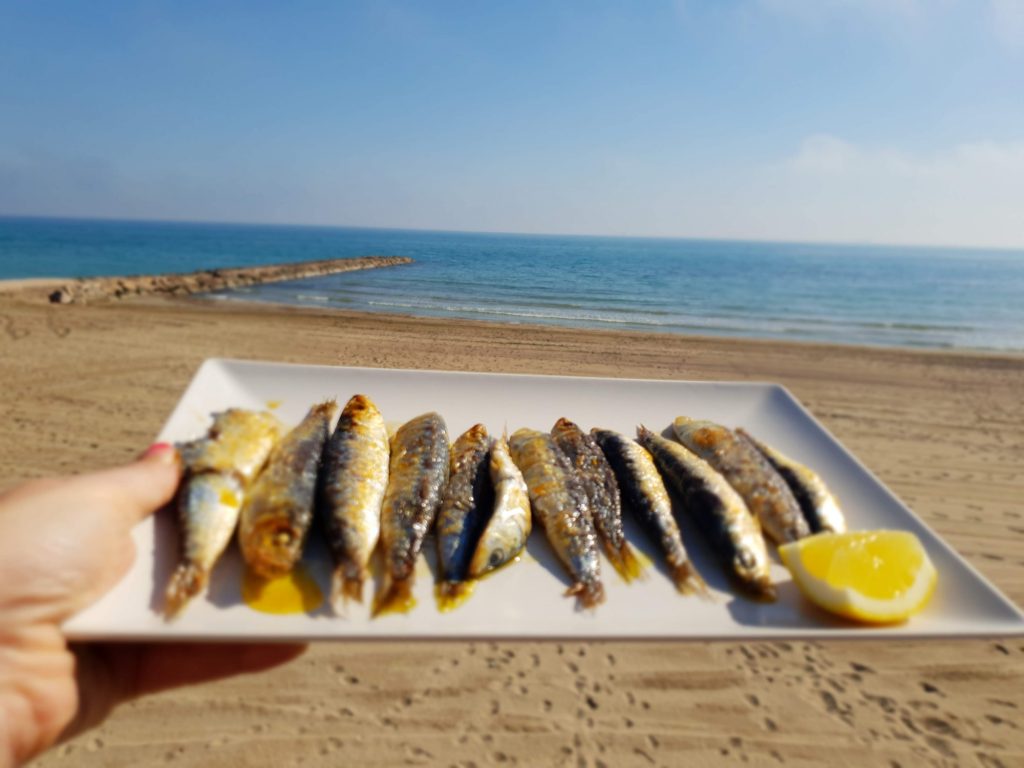 There are so many recipes from around the world as they take so many different flavours well. Maybe this is why mother nature made them so abundant?

Beautifully fresh and lightly fried in their oily juices or turn them into a flavoursome Sri Lanken Curry.  While in the Philippines they are often eaten dried and dipped in vinegar or fresh and simmered in a spicy tomato sauce for breakfast.

Or Duncan's Portuguese Charcoal Saucy Sardines. Cooked over charcoal using six ingredients - Sardines, Lemon, Garlic, Oregano, Butter, Olive Oil, Seasalt and Black Pepper. You can watch him make them over charcoal on our balcony in Portugal in 2017. These are some of the first ever lives we ever did with a tiny 12 week old Xanthe and all in under eight minutes!

Sardines are in season from September until the end of February. So make the most of them before they strut off into the sea. They are really rather scrumpy. 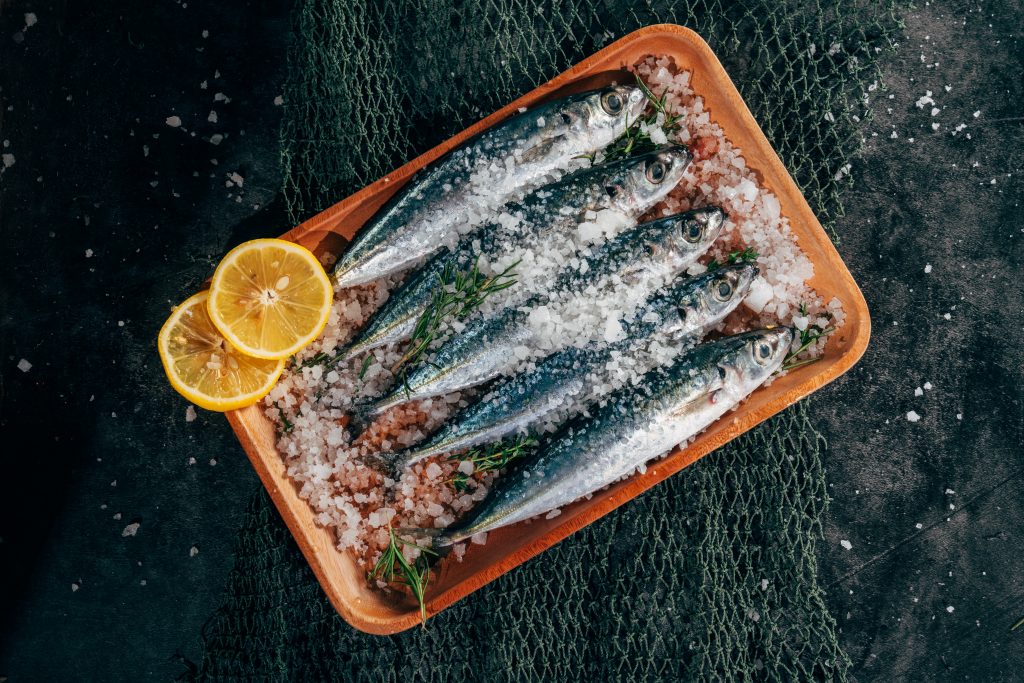 Ok they sound great! Are they sustainable in the UK?

Yes and no. You really need to know where you are buying them from and look for the blue tick, The Cornish ring-net fishery, The Bay of Biscay and the Southern Brittany purse seine sardine fisheries are also certified. You can also ask your fishmonger.

The Grocer reported this week that Fishermen urged supermarkets to sell UK caught sardines in their own label tins rather than fish from abroad. According to analysis by The Grocer a lack of a UK market means most UK fisherman export while unsustainable sardines are used in own brand canned sardines. Morocco is part of a fishery improvement project but the Cornish Sardine Fishery is the only MSC-certified stock in Europe.

A Lidl spokesman said: “Our tinned sardines are currently sourced from Moroccan fisheries due to the limited number of MSC-certified sardine fisheries in the UK. By doing so we are able to continue providing our customers with products that are great in value, high in quality and sustainably sourced.

A Co-Op spokeswoman said: “The Co-op is committed to responsible sourcing. All own-brand canned sardines are sourced and labelled to Sustainable Seafood Coalition codes of conduct and information about our wild fish sources is publicly available through the Oceans Disclosure Project.” 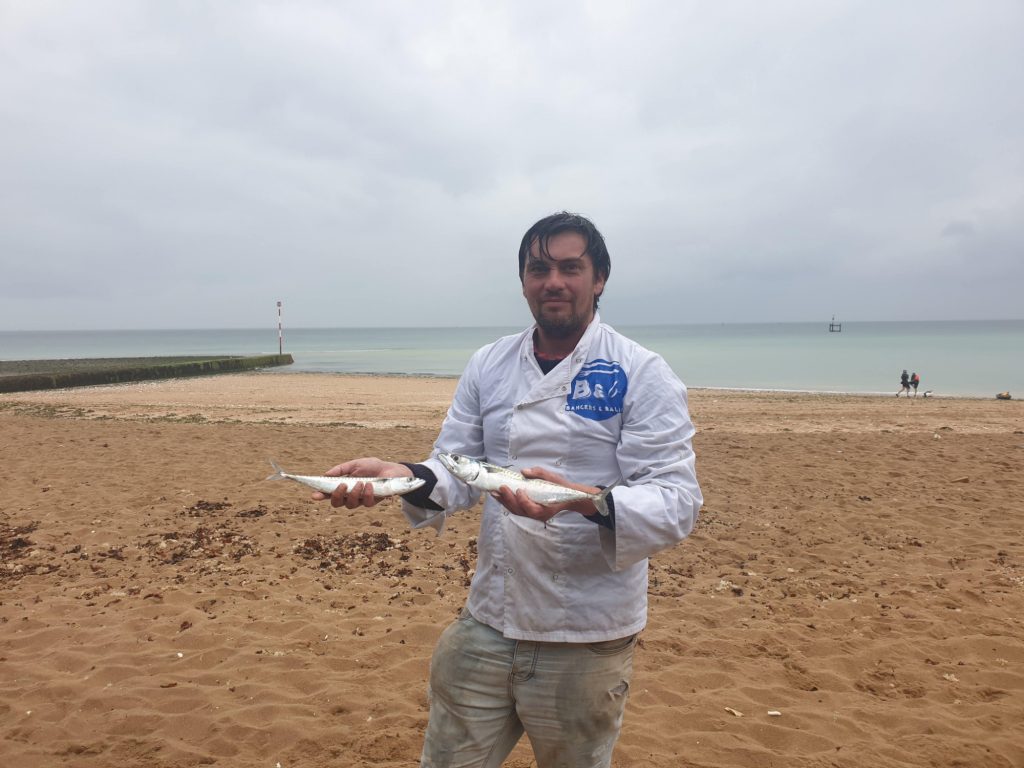 History of the Saucy Sardine in the UK

Sardines from Cornwall as an industry have been featured in lots of art work particularly by Stanhope Forbes and other Newlyn School artists.

Sri Lanken Fish Curry Recipe - a delectable mild lightly sour and deep aromatic yellow curry adapted from Yursra and Mohamed Ali Makim. It is oh so good and if you are wondering what the tamarind paste is. Have a look here.

We are working on a Saucy Sardine Fish Balls. So watch this space.

Store Cupboard recipe by Stephen Harris and owner of the Sportsman in Seasalter.

Now it is time to put to Saucy Sardine to bed. Listen to Charlies Sardine Song

Music and Lyrics by Charles Chaplin